Why there are two different dive flags ?

The International Maritime Navigation Signals Code is used to transmit messages, either between ships, or between a ship and the port. This code consists of a set of flags of different shapes and colors, which a letter of the international alphabet, as well as the numbers from 1 to 0. In addition, each flag has a specific message associated with it when it is bristled alone.

The flag “Alpha”, which designates the letter “A”, has associated the following meaning when it is bristed alone on a boat: “There is a submerged diver. stay away from me and slow down.”

Alpha diving flag: “There is a submerged diver. stay away from me and slow down.”
The “Alpha” flag (blue with white) was accepted in 1961, by the Inter-Governmental Maritime Consultative Organization (IMCO) in a revision of the International Code of Signals, to indicate diving operations.

In this way the IMCO wanted to have a symbol with an international meaning, known and used by all sailors, because since the Second World War diving had become popular and its practice already escaped the strictly military fields.

On the other hand, in the late 1950s, a US Navy diver, Denzel James Dockery, decided to design a flag that would indicate the presence of divers in the water next to a boat. To do this, it took as a basis the flag “Bravo”, which designates the “B” in the international code of signals, and that when hoisted alone means: “I am loading, unloading or transporting dangerous goods”, usually explosives. Dockery assumed that a flag similar to the Bravo would discourage boats from approaching the area where there were divers, so that they would not be at risk from boat traffic while submerged.

Bravo Flag: “I am loading, unloading or transporting dangerous goods.”
It seems that differentiating the new diving flag from Bravo, Dockery asked his wife Ruth, to sew a white stripe on it. Ruth, put it horizontally, like the flag of Austria, and to avoid confusion, with a ship of Austrian flag (a country that, by the way, has no coast), Dockery decided to discard that first design.

They decided to place the strip vertically, as the signal of the number 7 of the US Navy, but again, to avoid confusion they also discarded the second design. Finally Dockery and his wife decided to place the white stripe diagonally, and that third design was the one that prevailed.

Diving flag designed by Denzel James Dockery.
Dockery began marketing his flag, and in 1956 Ted Nixon of the U.S. Divers company bought him a batch of flags and began distributing them throughout the United States.

Nixon sent a flag to Skin Diver magazine proposing it as an “official” flag to indicate the presence of divers near a vessel. Journalist Gene Parker, of Skin Diver magazine, before Nixon’s letter invited readers to send their designs on what badge or flag should be used to warn boats that there were divers in the area and stay away from it. His proposal was a failure since he did not receive any design, so he decided to use the one that Nixon had sent him to write an article. Parker wrote about the flag in Skin Diver and soon began to popularize the use of Dockery design. In February 1958, the magazine declared the debate closed with the choice by readers of the flag called “Michigan Divers Flag”.

Denzel J. Dockery tried to have the flag officially recognized in Michigan (his state of birth) and later in the rest of the federal states of the United States.

Dockery and Parker had to face a lawsuit with a Belmont dive shop owner, who wanted to patent the flag and charge for its manufacture and use. The court ruled that the flag was of public benefit and could not be used for profit.

For this reason, two flags emerged in the early 1960s whose meaning is the same. The Alpha flag and the modified Dockery Bravo flag. The Alpha flag is officially recognized by the International Code of Signals, and its use is common in Europe, the United Kingdom and Commonwealth countries and Russia, but the Dockery flag is commonly used in the United States and its area of influence. 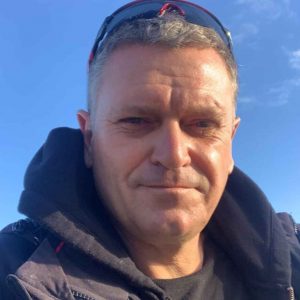 All Posts
Form to join us
PrevPreviousCUBA A DIVERS PARADISE
NextFaro Luna, Cienfuegos, Cuba, January 21, 2022Next
On Key

Discovery of the underwater treasure!!

the dive team of Faro Luna Diving Center and Norbert Pietkiewicz announced the discovery of 2 iron cannons, which can be presumed to belong to the naval artillery of the late eighteenth or early nineteenth century.

Thanks to all of you who visited our booth during this weekend outdoor adventure show. It has been great success and fun meeting old and

Join us for exciting week or two of diving in Holguin with Eagle Ray dive center.The summer time is very favorable for diving the North

Join us for exciting week or two of diving in Holguin with Eagle Ray dive center.The summer time is very favorable for diving the North

THE LIGHTS RADIATING FROM FARO LUNA IN CIENFUEGOS

Travel to Cuba updates for Canadians

The documents required to travel to Cuba are: a valid passport, a tourist card (the tourist card is included with your airplane ticket and is

Thanks scubacuba.ca! grateful customers for the good service received, and the good diving of the area

I’m Here To Assist You

Something isn’t Clear?
Feel free to contact me, and I will be more than happy to answer all of your questions.

Learn or get next level diving with us